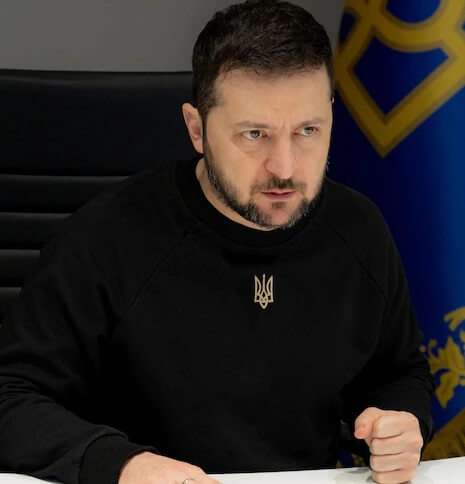 Ukraine’s President Volodymyr Zelenskyy has thanked Washington for a new package of arms and munitions for Kyiv.

“Thank you” US President Joe Biden for providing Ukraine “with another powerful defense support package worth $2.5 billion,” Zelenskyy wrote in English on Twitter.

The Ukrainian leader hailed the Stryker armoured personnel carriers, Bradley Infantry Fighting Vehicles and Avenger air defence systems included in the package as an “important help in our fight against the aggressor”.

Thank you @POTUS for providing 🇺🇦 with another powerful defense support package worth $2.5 billion. Stryker IFVs, additional Bradley APCs, Avenger air defense systems are important help in our fight against the aggressor. Thank you 🇺🇸 people for unwavering leadership support!

Defence officials from around 50 countries are gathering in Germany to hammer out future military aid to Ukraine.

The move comes amid ongoing dissent over who will provide the battle tanks that Kyiv says are desperately needed to recapture territory from Russia.

July 31, 2022
Mali's move to ban French media outlets was criticized by the UN High Commissioner for Human Rights, who called on the country's military leadership