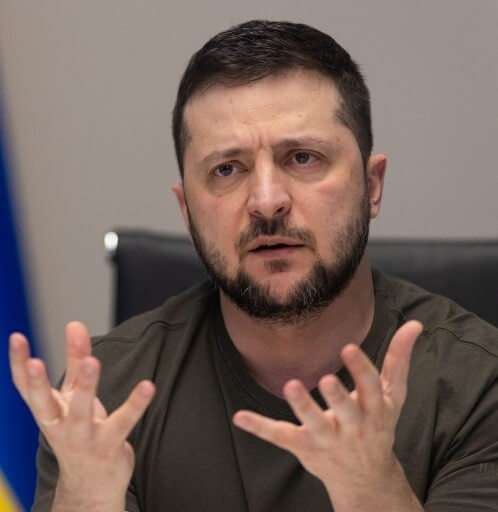 According to his wife Olena Zelenska, the letter was handed over to the Chinese delegation at the World Economic Forum in Davos, Switzerland, on Wednesday.

Since Russia’s invasion of Ukraine in February of last year, Zelenskyy has frequently tried to get in touch with Xi in the hopes that Beijing will use its influence to pressure Russian President Vladimir Putin.

Zelenska told reporters, “It was a gesture and invitation to dialogue and I hope very much that there will be a response to this invitation.”

A “no limits” alliance between China and Russia was declared in February of last year, just before Putin ordered his soldiers into Ukraine.

Beijing has attempted to present itself as a war-neutral party while still strengthening its connections with Moscow, notably in the energy industry.

However, some observers have suggested that China would eventually act as a mediator to seek an end to the conflict in Ukraine.

Last September, foreign minister Wang Yi urged “on all parties concerned to keep the crisis from spilling over,” expressing alarm over the conflict’s potential economic effects on nations throughout the world.

In August, Zelenskyy told the South China Morning Post that he had “asked officially for a conversation” with Xi and that such a meeting would be “helpful”.

In September, the foreign ministers of the two nations met in New York for the UN General Assembly.

January 12, 2023
The army has reported that in two separate attacks in central Mali, 14 Malian soldiers were killed and 11 were injured when their trucks struck