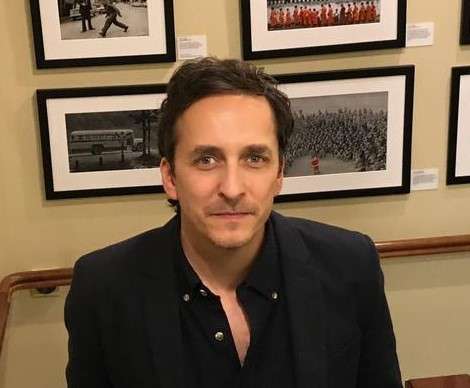 According to doctors and witnesses, a US journalist was killed and another one was injured in Irpin, a frontline northwest suburb of Kyiv, on Sunday.

One of the Americans died instantaneously, according to Danylo Shapovalov, a volunteer surgeon for the Ukrainian territorial defense, while he treated the next.

The victim’s body was seen by AFP journalists in Irpin.

Ukrainian passenger in the same automobile as the Americans was also injured.

The incident was quickly blamed on Russian soldiers by Ukrainian officials, although the facts remained uncertain.

Small weapons and artillery fire were heard in the vicinity, according to AFP reporters.

Shapovalov told AFP, “The car was shot at. There were two journalists and one of ours (the Ukrainian passenger).”

“Our guy and the journalist are wounded, I provided them first aid, the other one received a wound in the neck, he died immediately.”

According to documentation discovered on the American reporter’s body, he was Brent Renaud, a 50-year-old video documentary cameraman from New York.

Deputy managing editor, Cliff Levy said in a post on Twitter, “Brent was a gifted photographer and filmmaker who has contributed to The New York Times throughout the years.”

“Though he had contributed to The Times in the past (most recently in 2015), he was not on assignment for any desk at The Times in Ukraine.”

Response from a New York Times spokesperson in regard to the death of Brent Renaud in Ukraine. pic.twitter.com/K11eW685yr

Activists are Once More Prepared for Voting Rights Fight -US