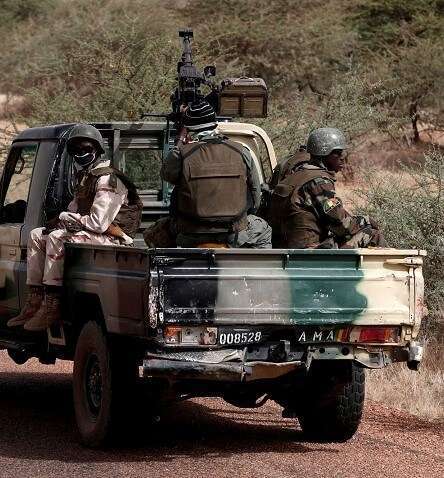 According to a UN report, civilian fatalities and rights violations attributed to Malian armed forces and assisted by “foreign military elements” increased by 324 percent in the first quarter of 2022, compared to the previous quarter.

“Malian Armed Forces, supported on certain occasions by foreign military elements, increased military operations to combat terrorism … some of which sometimes ended in serious allegations of violations of human rights,” the UN’s Malian mission, known as MINUSMA, said in the report released on Monday.

The report did not identify the “foreign military elements” supporting the army.

The total number of people killed in the first quarter of 2022 by all parties in the conflict – rebels, self-defence groups and security forces – quadrupled during the last three months of 2021, rising from 128 to 543.

A total of 248 civilian deaths were attributable to the defence and security forces, the report said.

MINUSMA documented 320 human rights violations by the Malian military in the January-March period, compared with 31 in the previous three months.

The report comes just as Mali cut ties with former colonial power France and as Wagner Group, a Russian private military contractor, was roped in to help the government fight an armed rebellion.

The most notable case was in the town of Moura, where witnesses and rights groups say the Malian army accompanied by white fighters killed dozens of civilians they suspected of being rebels.

MINUSMA is conducting an investigation but has been refused access to the town. MINUSMA said its request will only be considered once the government has conducted its own investigation.

According to Human Rights Watch (HRW), between March 27 and March 31, Malian army and white foreign soldiers killed 300 people in Moura, in the country’s central region.

August 1, 2022
According to authorities, 19 individuals were killed in two bar shootings, one in a eastern South Africa and the other in a township close to Johannesburg.
We use cookies to ensure that we give you the best experience on our website. If you continue to use this site we will assume that you are happy with it.Ok