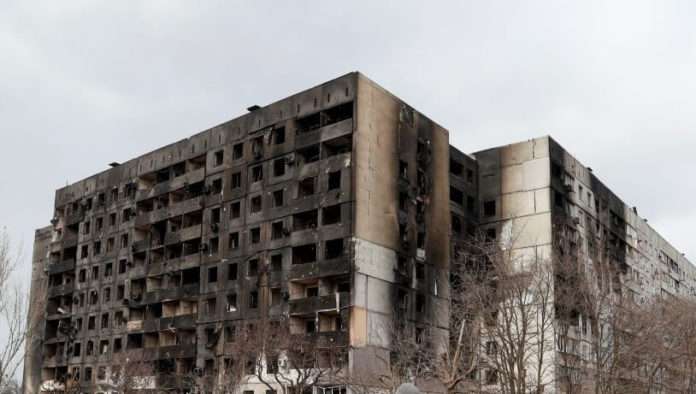 Volodymyr Zelensky, Ukraine’s President, described Russia’s siege of Mariupol as “a terror that will be remembered for centuries to come,” while local officials said that hundreds of civilians had been forcibly relocated over the border.

According to the council, Russian forces bombarded a Mariupol art school on Saturday, where 400 people were sheltering, although the number of casualties has yet to be determined.

Russia maintains that civilians are not being targeted.

More of Mariupol’s 400,000 citizens have been stranded for more than two weeks as Russia attempts to seize control of the city in order to create a land passage to the Crimean peninsula, which Moscow invaded from Ukraine in 2014.

According to Russian news outlets, In recent days, buses carried hundreds of people Moscow calls refugees from Mariupol to Russia.

The assault on Ukraine, according to Russian President Vladimir Putin, is a “special operation” aimed at demilitarizing the country.

Western countries have labeled it as “aggressive war of choice” and have slapped sanctions on Russia.

The siege of Mariupol, according to Zelensky, constituted a war crime, although Russia denies attacking the theater.

On Sunday, air raid sirens sounded across Ukraine, and Russia’s defense ministry said cruise missiles were launched from the Black Sea and Caspian Sea, as well as hypersonic missiles from Crimean airspace.

The hypersonic missiles move at speeds over five times that of sound, making them challenging to track and intercept.

According to Russia’s Interfax news agency, Russia used hypersonic missiles for the first time in Ukraine on Saturday, in a strike that Moscow said destroyed a massive underground missile and aircraft ammo depot.

The strike in the western Ivano-Frankivsk area was verified by a spokesman for the Ukrainian Air Force Command, although the Ukrainian military seemed to have no information on the type of missiles used.

Vereshchuk said on Saturday that Ukraine has evacuated 190,000 individuals from such places so far.

According to the United Nations Human Rights Office, at least 847 people have been killed in Ukraine as of Friday, however the true toll is likely to be far higher because its monitoring team has yet to verify fatality claims from many heavily damaged cities.

112 children were slain, according to the prosecutor general’s office in Ukraine.

Since the commencement of the operation, Russian forces have suffered serious losses, and extended columns of troops advancing into Kyiv’s capital have been halted in the suburbs.

On March 2, Russia announced that over 500 of its men had been killed. The death toll has not been verified.

On Sunday, Ukraine’s military claimed that Moscow had lost 14,700 soldiers and 476 tanks in action.

July 31, 2022
Cassiel Ato Forson, ranking Member of Parliament's Finance Committee, is unimpressed with the government's mid-year review of the Budget Statement and