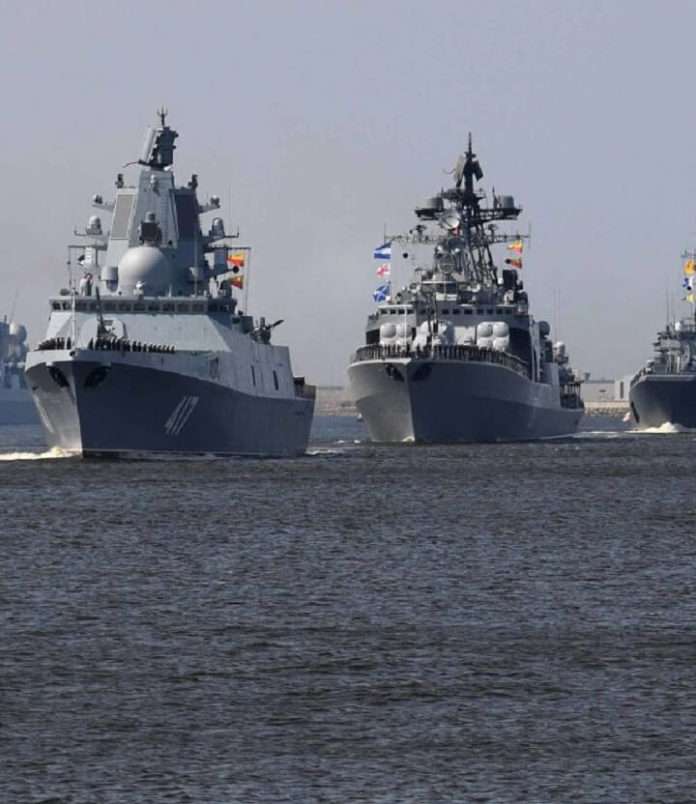 Volodymyr Zelenskyy, the president of Ukraine, has backed a fundraising initiative to assist Ukraine in building a fleet of naval drones to defend cities from Russian missiles fired from warships in the Black Sea.

United24, a project Zelenskyy started to solicit donations for charity causes after Russia invaded Ukraine in February, said that Ukraine needs 100 drones operating from the sea, each costing 10 million hryvnias (about $274,000).

According to the fundraising website, over 4,500 Russian missiles have been fired into Ukraine since the invasion began, and “every fifth strike came from the sea.”

On Friday, Zelenskyy posted on the Telegram messaging service, “We must defend the waters of our seas and peaceful cities from Russian missiles launched from ships.”

“Naval drones will also help unblock the corridor for civilian ships transporting grain for the world,” he said.

Russia has launched missile attacks from ships in the Black Sea and from Crimea, the peninsula it annexed from Ukraine in 2014 and which is home to the Russian navy’s Black Sea Fleet, since commencing its full-scale invasion of Ukraine.

Russia started blockading Ukraine’s Black Sea ports soon after the February invasion, including blocking the vital international export of grain. Three Ukrainian ports were unblocked under a deal brokered with Russia in July by the United Nations and Turkey to help ease a global food crisis.

Russia later suspended its participation in the grain deal after what it said was a Ukrainian attack on three of its Black Sea Fleet vessels late last month from a combined force of aerial and naval drones. Moscow later returned to the deal, which is due to expire next week.

“I am sure that millions of people will support this important area of Ukraine’s defence,” Zelenskyy wrote of the naval drone fundraising campaign.

“Everyone has already seen how it works,” he said.

Ukraine has not confirmed or denied it was behind the October air and sea drone attack on the Russian fleet, which a statement posted on the United24 website said was the first such strike in the months-long conflict carried out exclusively by unmanned devices.

“Russia has lost its once-undeniable advantage on the water,” the statement on United24 said.

Zelenskyy started an “Army of Drones” plea in July to raise funds from people to purchase a fleet of aerial drones with military-grade capabilities from nations all over the world for use in his conflict with Russia.