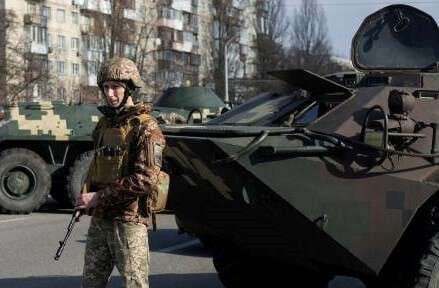 According to Sumy Oblast Governor Dmytro Zhyvytsky, Russian military are evicting citizens from their houses and seizing supplies.

On March 16, Zhyvytsky sent extensive details on the looting over Telegram, according to The Kyiv Independent.

The international world has been putting enormous pressure on Russia to end its military activities in Ukraine, which have resulted in a massive humanitarian catastrophe, with masses of Ukrainian refugees fleeing to Western neighboring nations.

Since Russian forces began combat actions in Ukraine on February 24, the city has seen significant violence.

On February 26, Ukraine filed a request with the International Court of Justice (ICJ)  to begin proceedings against the Russian Federation under the Convention on the Prevention and Punishment of Genocide.

International Court of Justice (ICJ) at The Hague ruled that Russia must halt military actions in Ukraine’s territory until a final verdict is taken in the case.

Additionally, on Thursday at 3 p.m. ET, the United Nations Security Council (UNSC) will conduct an unusual meeting to consider the escalating humanitarian situation in Ukraine.

Oppong Nkrumah: Hopefully We Will Have All Our MPs in Parliament...

July 31, 2022
Kojo Oppong Nkrumah, the Information Minister, expressed optimism that the New Patriotic Party (NPP) will have all of its members in parliament.