Ukrainian forces have made some good advancement in an aim to retake territories currently under Russian control, resulting in the retreat of Russian troops from some areas.

According to the Institute for the Study of War, a think-tank, Ukrainian forces have retaken more than 2,500 square kilometers (965 square miles) of territory in the northeast of the nation in only three days.

Russian soldiers, who are making a hasty retreat to the relative safety of Luhansk region, have lost control of dozens of communities.

Despite significant Russian reinforcements in the region, Ukrainian forces have retaken Kupyansk, a railroad junction and vital logistical base for the Russians.

Russian airborne units were also flown in to support the embattled Russian defense while Russian artillery and armour were hurriedly sent to Kupyansk and the city of Izyum.

As the Russian military relies heavily on railroads to keep its men fed, fueled, and armed, the Ukrainian takeover of Kupyansk implies that Russian battalions to the north will have more difficulties receiving resupplies.

Following the surrender of Kupyansk, which rendered the defense of Izyum impossible, Russian media has stated that Russian soldiers have abandoned the city and are retreating.

Ukrainian forces are applying pressure to Lyman, a strategically significant railway junction town, in an effort to maintain the offensive’s momentum and take advantage of the sense of panic among the Russian ranks. On Russian telegram channels, there is open discussion of defeat in the area. 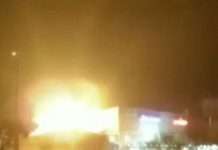 GCBC urges Nana Addo to serve as an example for the...

December 29, 2022
The government has been strongly urged by the Ghana Catholic Bishops' Conference (GCBC) to set an example in respect to its request for burden-