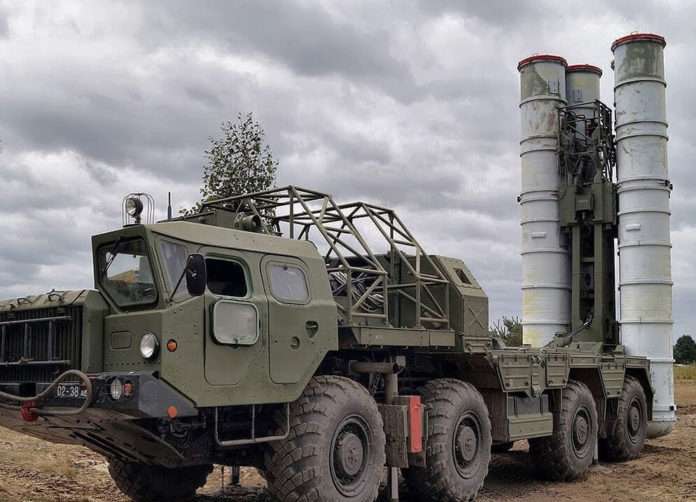 Slovakia, according to Prime Minister Eduard Heger, has handed Ukraine its S-300 air defense system to assist it in defending itself against Russian assaults.

Heger said in a Facebook post on Friday that the supply of Soviet-made anti-aircraft batteries did not imply that the European Union and NATO member had joined the fight with Russia, which invaded Ukraine on February 24.

“I can confirm that the Slovak Republic has donated the S-300 air defense system to Ukraine, following Ukraine’s request for assistance,” Heger wrote,” Heger stated.

“The donation of the system does not mean that the Slovak Republic has become a part of the armed conflict in Ukraine,” he continued.

I would like to confirm that #Slovakia has provided #Ukraine with an air-defence system S-300. #Ukrainian nation is #bravely defending its sovereign country and us too. It is our duty to help, not to stay put and be ignorant to the loss of human lives under #Russia’s agression.

Ukraine has requested military support from Western countries, including air defense systems, in order to stave off a Russian military offensive.

After NATO foreign ministers meeting in Brussels agreed to speed up weaponry delivery in reaction to Russia’s incursion, the US announced on Friday that it will provide additional weapon systems to Ukraine.

Secretary of State Antony Blinken said the US and 30 other nations were transferring weaponry to Ukraine and that the process will intensify.

Antony Blinken noted that the US has already promised to supply anti-aircraft systems, shoulder-mounted anti-tank guns, and armoured vehicles to Kyiv.

Pentagon sources indicated last week that not all of the weapons pledged to Ukraine by President Joe Biden in mid-March, including the S-300, had yet arrived.

“We have focused on getting countries that hold Soviet legacy systems including S-300 systems, that have spare parts, missiles, different parts of that S-300 system, who are willing to send that to Ukraine,” Celeste Wallander, assistant secretary of defense for international security affairs, said at a congressional hearing.

Biden announced on Friday that his administration has agreed to “reposition a US Patriot missile system to Slovakia” in order to facilitate the delivery of the S-300 to Ukraine by the Slovakian government.

Biden said in a statement, “to enable this transfer and ensure the continued security of Slovakia, the United States will reposition a US Patriot missile system to Slovakia.”

“As the Russian military repositions for the next phase of this war, I have directed my Administration to continue to spare no effort to identify and provide to the Ukrainian military the advanced weapons capabilities it needs to defend its country,” he added.

Slovakia indicated in March that it would only send the defense system to Ukraine if it was given an alternative to prevent a NATO security gap.

“We believe that this system will help save the lives of as many innocent Ukrainians as possible,” Heger said, adding that Slovakia was handing the S-300s to “Ukraine and its innocent citizens.”

UN Report: Mali’s Army Has Been Linked To Rights Violations

July 31, 2022
According to a UN report, civilian fatalities and rights violations attributed to Malian armed forces and assisted by "foreign military elements" increased