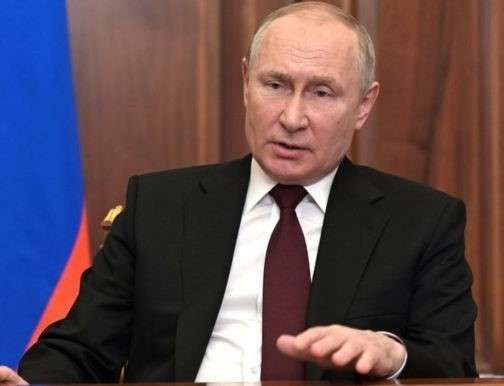 Two weeks into Moscow’s military operation in Ukraine, Russian President Vladimir Putin claimed Friday that there had been some “positive shifts” in talks between Russia and Ukraine.

During a broadcast meeting in Moscow, Putin informed his Belarus colleague Alexander Lukashenko, “There are certain positive shifts, negotiators from our side reported to me.”

Putin went on to say that talks are “now being held on an almost daily basis.”

Since Putin’s troops arrived in Ukraine on February 24, negotiators from Russia and Ukraine have managed to hold numerous rounds of talks.

Vladimir Putin pledged to keep Lukashenko, a close ally, “informed” on the talks.

Several humanitarian routes to evacuate civilians from fighting zones have been established as a result of the discussions. Earlier, both parties have claimed that the other is obstructing these attempts.

Vladimir Putin stated that Russia’s efforts were intended at “demilitarisation and de-Nazification of Ukraine.”

Also Read: Russia-Ukraine Ministers Talk In Turkey Had No Progress

Since Putin dispatched soldiers to Ukraine, Russia has been subjected to a bombardment of international sanctions.

However, Putin stated on Friday, “The USSR really lived in the conditions of sanctions and still developed and achieved colossal successes.”

The Russian forces invaded Ukraine via variety of sources, including Belarus.

Aisha Huang applied for a new Ghana Card under the name...

September 6, 2022
Aisha Huang, a known Chinese galamsey kingpin who was living in Ghana illegally, obtained a national identity card for reasons that have been clarified