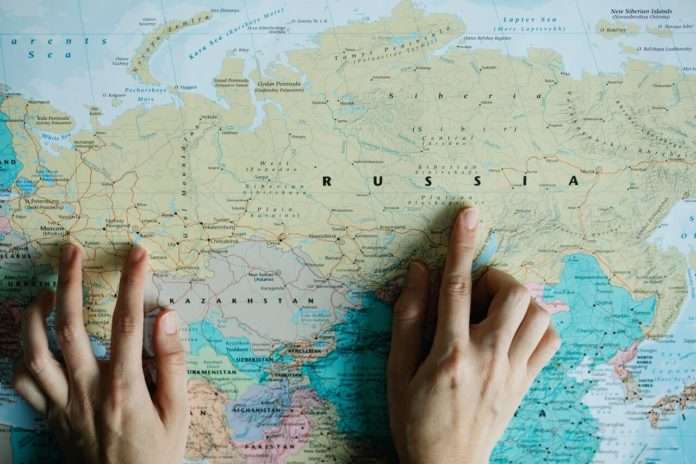 On Thursday, one of Russian President Vladimir Putin’s closest allies threatened NATO that if Sweden and Finland joined the US-led military alliance, Russia would deploy nuclear weapons and hypersonic missiles in an exclave in the heart of Europe.

Russia’s deputy chairman of the security council declares “there can be no more talk of any nuclear-free status for the Baltic,” If Sweden and Finland join the transatlantic military alliance

Finland and Sweden, which share a 1,300km (810-mile) border with Russia, are both contemplating joining NATO.

Should Sweden and Finland join NATO, Russia’s land, naval, and air troops in the Baltic Sea would have to be strengthened, according to Dmitry Medvedev, deputy chairman of Russia’s Security Council.

On Thursday, Medvedev specifically mentioned the nuclear danger, stating that there could be no more discussion of a “nuclear-free” Baltic, which includes Russia’s Kaliningrad exclave squeezed between Poland and Lithuania.

According Russian President Dmitry Medvedev, who served from 2008 to 2012, “There can be no more talk of any nuclear-free status for the Baltic – the balance must be restored.”

Dmitry Medvedev expressed optimism that Finland and Sweden will come to their senses.

They’d have to live with nuclear weapons and hypersonic missiles close to home if they didn’t, he said.

Russia, along with China and the United States, possesses the world’s largest stockpile of nuclear weapons and is a world leader in hypersonic missile technology.

When challenged about Medvedev’s remarks by journalists, Kremlin spokesman Dmitry Peskov stated that “this has been discussed many times” and that President Vladimir Putin has given an order to “reinforce our western flank” in response to NATO’s rising military might.

“I can’t say,” Peskov responded when asked whether this reinforcement would include nuclear weapons.

He added, “there will be a long list of actions and steps that must be taken. The president will address this at a separate meeting.”

Lithuania said that Russia’s threats were not new and that Moscow had placed nuclear weapons in Kaliningrad long before the Ukraine conflict.

NATO had no quick response to Russia’s threat.

Nonetheless, one of the most significant geopolitical repercussions of the conflict in Ukraine would be the likely admission of Finland and Sweden to NATO, which was created in 1949 to ensure Western security against the Soviet Union.

The military activities of Russia in Ukraine have prompted a radical shift in public and political opinion in Finland and Sweden over long-held military non-alignment policies.

However, Finland said this week that it will decide in the next weeks whether or not to seek for NATO membership, while Sweden is also considering it.

October 3, 2022
Donald Trump objects to an expediting appeal in a special master case involving documents seized during Mar-a-Lago raid by the FBI.
We use cookies to ensure that we give you the best experience on our website. If you continue to use this site we will assume that you are happy with it.Ok