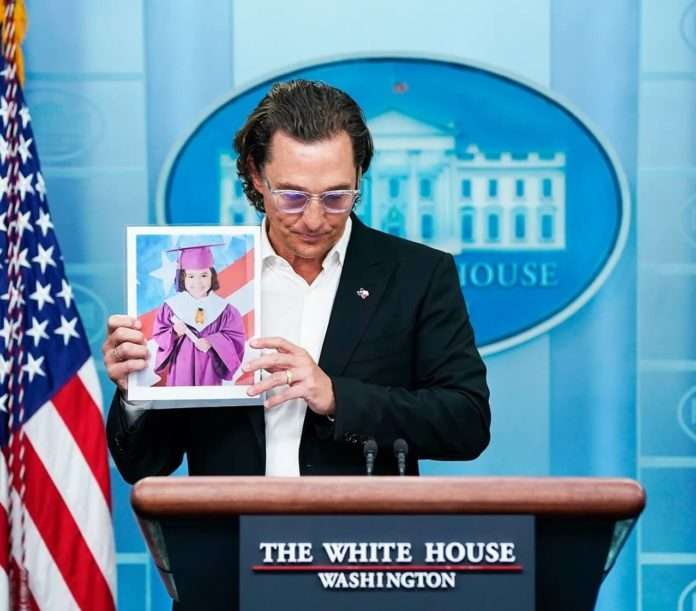 In honor of the children and teachers killed in last month’s shooting spree at a primary school in his hometown of Uvalde, Texas, Oscar winner Matthew McConaughey arrived at the White House to urge on Congress to “reach a higher ground” and approve gun control legislation.

McConaughey used his fame to make a powerful case for legislation in a 22-minute statement on Tuesday, eloquently describing the deaths of 19 children and two instructors in the second-worst mass school shooting in US history.

McConaughey, who declined to answer questions, talked about his personal ties to the community.

He stated his mother worked as a pre-school teacher less than a mile from Uvalde’s Robb Elementary School, where the incident occurred on May 24. He also mentioned that Uvalde was where he learned about the responsibilities that come with owning a gun.

“Uvalde is where I was taught to revere the power and the capability of the tool that we call a gun,” he remarked.

On the day after the shooting, McConaughey and his wife traveled back to Uvalde and spent time with the relatives of some of the victims and those who were directly touched by the rampage, according to McConaughey.

Every parent he met with expressed the desire for “their children’s dreams to live on,” he added, “they want to make their loss of life matter.”

He told some of the victims’ personal experiences

Maite Rodriguez, a ten-year-old aspiring marine biologist, was the subject of his narrative.

Maite’s green Converse sneakers, with a red heart on the right toe to reflect her love of nature, were carried by McConaughey’s wife, Camila, who sat nearby. 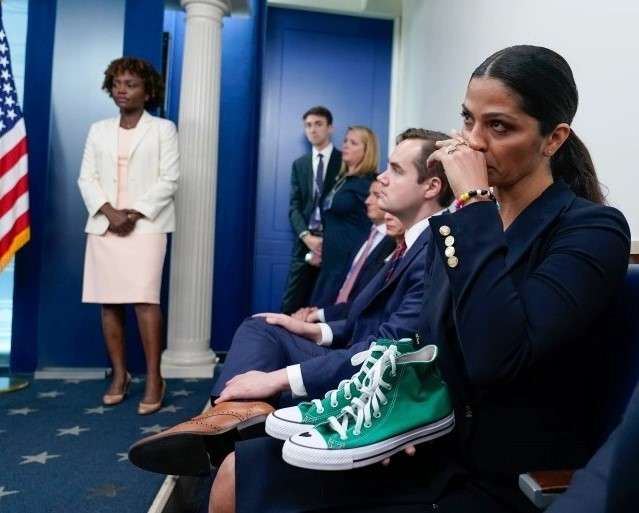 “These are the same green Converse, on her feet, that turned out to be the only clear evidence that could identify her after the shooting,” McConaughey added, his voice shaking.

Alithia Ramirez, who aspired to attend art school in Paris, presented him with a piece of artwork.

Then there was Eliahna “Ellie” Garcia, who enjoyed dancing and going to church and was already knew how to drive tractors.

When Ellie was killed, she was looking forward to reading a Bible verse at a scheduled church service.

Although McConaughey agreed that gun control would not prevent mass shootings, he stated that efforts should be done to reduce the frequency with which such tragedies occur.

“Is this a cure-all? H*ll no, but people  are in hurting”

November 8, 2022
On Tuesday, Americans were waiting in line once more to purchase Powerball jackpot tickets in hopes of winning a $1.9 billion lottery prize that had