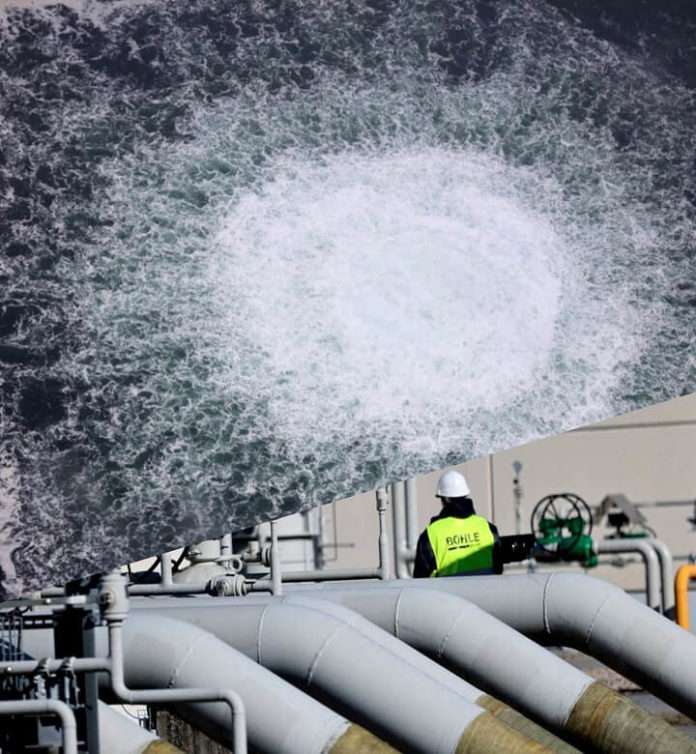 On Thursday, Russia said that gas leaks from Nord Stream pipelines to Germany that were gushing into the Baltic Sea seemed to be the product of state-sponsored “terrorism,” which one EU official claimed had fundamentally altered the character of the conflict in Ukraine.

The Gazprom-led (GAZP.MM) Nord Stream 1 and 2 pipeline leaks are being investigated by the European Union, which has stated that it suspects sabotage was behind the damage off the coasts of Denmark and Sweden.

Four days after the leaks were first spotted, it remains unclear who might be behind any attack on the pipelines that Russia and European partners spent billions of dollars building.

“This looks like an act of terrorism, possibly on a state level,” Kremlin spokesman Dmitry Peskov said, adding: “It is very difficult to imagine that such an act of a terrorism could have happened without the involvement of a state of some kind.”

Russia also said the United States stood to benefit, in a war of words with the West over who was responsible. Moscow has previously said the leaks occurred in territory that is “fully under the control” of U.S. intelligence agencies.

Russia’s Foreign Ministry spokeswoman Maria Zakharova told a news briefing Washington would be able to boost its liquefied natural gas (LNG) sales if the pipelines were put out of use.

Asked to comment on the CNN report, Peskov said there had been a much larger NATO presence in the area.

Zakharova called for an EU investigation to be “objective”, and said Washington would have to “explain itself” – a reference to President Joe Biden’s comment in February that, if Russia invaded Ukraine, “there will no longer be a Nord Stream 2”.

The White House has dismissed Russian allegations that it was responsible for the damage to Nord Stream and Biden’s comments were referring to efforts at the time to secure certification to bring Nord Stream 2 into commercial use.

Leaks from the Nord Stream 1 pipeline are likely to be stopped on Monday, the pipeline’s operator told Reuters.

But the spokesperson for Nord Stream AG said it was not possible to give any forecasts for the pipeline’s future operation until the damage had been assessed.

As a result of Western sanctions, Russia has stopped delivering via Nord Stream 1.

While both pipelines had gas in them when the leaks were first discovered, neither was supplying gas to Europe.