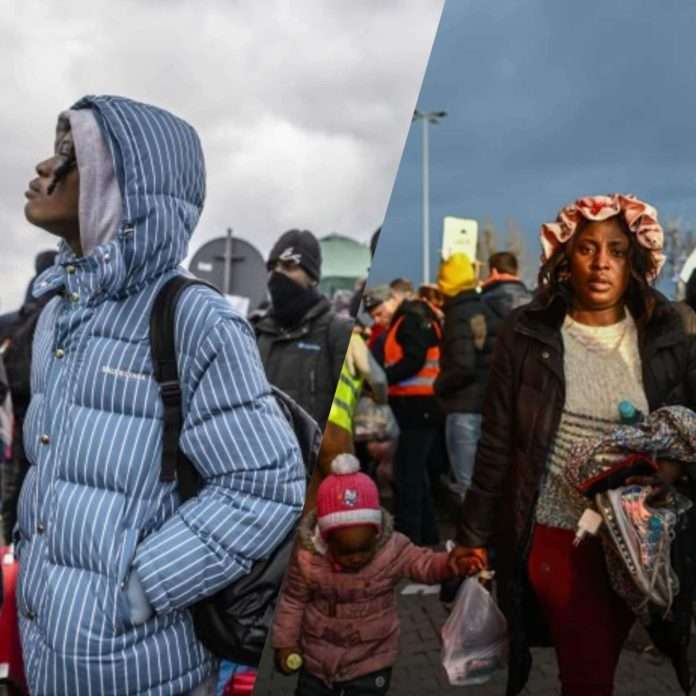 The Nigerian government has voiced worry about accusations of discriminatory behavior by Ukrainian and Polish border guards towards Africans as the flow of people leaving Ukraine due to the Russian invasion shows no signs of slowing.

“Unfortunately, there have been allegations of Ukrainian police and security personnel refusing to allow Nigerians to board buses and trains bound towards the Ukraine-Poland border,” the Nigerian president said in a statement released on Thursday.

The president also mentioned a video that has gone viral on social media showing a Nigerian mother and her small child being forced to give up her seat to another passenger.

“As measures to start discussions between Russia and Ukraine are underway, the safety and human rights of approximately 4,000 Nigerian nationals and many more from friendly African countries who are now stuck in Ukraine are uppermost on our minds,” the statement continued.

Nigeria’s foreign minister, Geoffrey Onyeama, expressed similar worries on Sunday, claiming to have talked with his Ukrainian colleague about the situation.

“After been continuously denied admission into Poland, one group of Nigerian students has determined that they have no alternative but to go via Ukraine and attempt to depart the country via the Hungary border.”

“Ukraine’s border guards have been ordered to let all foreigners exit,” he claimed.

Onyeama stated on Twitter that he pledged to investigate and respond immediately.

In the meanwhile, Joanna Tarnawska, Poland’s ambassador to Nigeria, has refuted allegations of discrimination. She told Nigerian media, “Everyone receives equal treatment.”

“I can promise you that I have received news that several Nigerians have already crossed into Poland.”

The claims come amid a conflict that erupted on Thursday when Russian President Vladimir Putin ordered soldiers into Ukraine after weeks of military setup along the border between the two nations.

September 30, 2022
Chinese employer slashes throat of frustrated and confronting unpaid worker. Ghanaian workers at Paulichenda Engineering in Kweikuma, in the