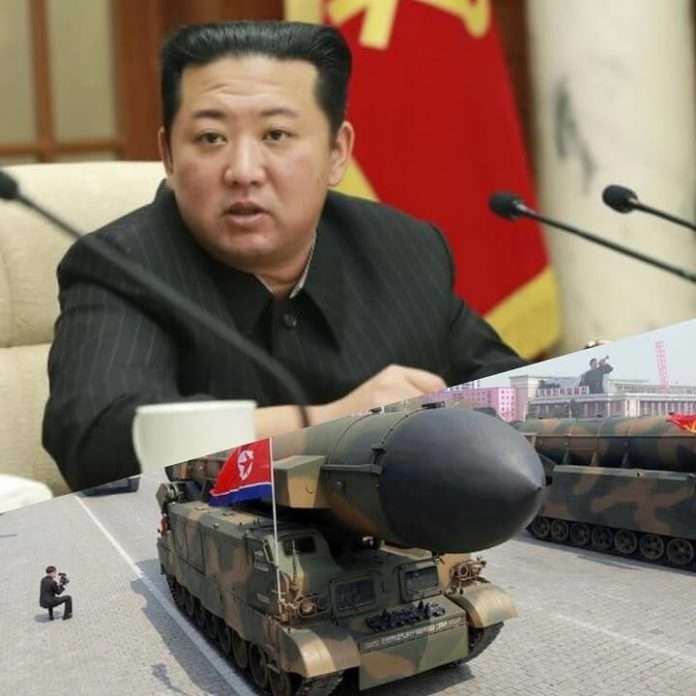 Experts indicated that a new law in North Korea mandates “automatic” nuclear launches in the event that the nation’s command-and-control systems or leadership are under threat. This law emphasizes leader Kim Jong Un’s worries of a so-called “decapitation” strike.

The law specifies situations in which North Korea may use its nuclear weapons, such as when there is an attack on the of the government’s leadership or the nuclear command and control system.

The law, according to official news agency KCNA, mandates that in the event that the command-and-control system for the state nuclear forces is threatened as a result of an attack by hostile forces, a nuclear strike will be launched automatically and straight away to destroy the hostile forces.

Ankit Panda of the U.S.-based Carnegie Endowment for International Peace said that although Kim has “monolithic command” over the nuclear forces, the phrasing of the law may suggest that if he is dead, a senior official would be designated to order nuclear strikes.

He noted that there have been parallels in other nuclear powers, including the United States during the Cold War. “The basic idea here is to communicate to the United States and South Korea that decapitating the North Korean leadership would not spare them nuclear retaliation,” he added.

Both the United States and Russia have used technical systems, such as the infamous “Dead Hand” of the Soviet Union, to guarantee nuclear retaliation even if leaders are killed.

That kind of “fail deadly” system in North Korea now looks unlikely, according to Panda.

“I would expect, for the moment, the fail deadly system would rely on organizational steps: for instance, the First Secretary of the Workers’ Party could confirm that Kim Jong Un had been killed in the course of a conflict, thereby authorizing the release of nuclear weapons,” he said.

Even though South Korea and the US claim they do not want to overthrow North Korea’s government, both nations have war plans that call for attacks on Pyongyang’s top officials.

According to a book by journalist Bob Woodward, the Trump administration said it had no intention of carrying out a “bloody nose strike” on Kim during the “fire and fury” tensions of 2017, but it had secretly examined and revised war plans for a decapitation attacked.

Yoon Suk-yeol, the president of South Korea, who took office in May, has publicly emphasized the need for a “Kill Chain” system to defend against a nuclear attack from North Korea. Yoon Suk-yeol is also investing resources in enhancing the weapons that would be used in such plans, such as F-35A stealth fighters and missiles launched from submarines.

Kill Chain, which was first created ten years ago as North Korea accelerated the development of its nuclear weapons, called for preemptive strikes against the North’s missiles and perhaps even its top leadership if an attack appears imminent.

In his speech discussing the new law on Thursday, Kim cited Kill Chain and its related strategies by name, saying they justify North Korea’s nuclear development.

“This would seemingly warn away any notions of ‘bloody nose’ strikes, assuming any administration contemplates that again,” according to Rob York, director of regional affairs at the Hawaii-based Pacific Forum.

July 31, 2022
According to a document, the EU is planning to make exceptions in its sanctions against Moscow that would release assets at Russian banks involved to