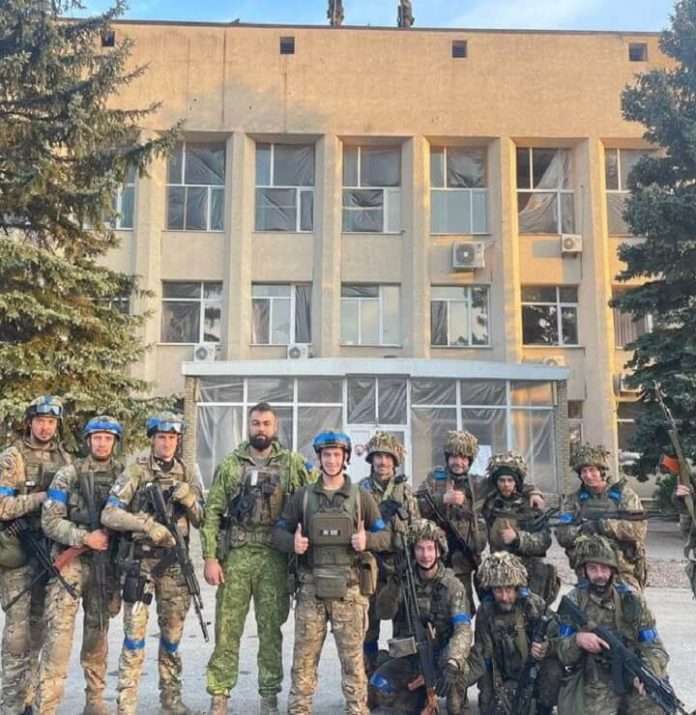 Ukraine seized complete control of the eastern logistics hub of Lyman on Sunday, the most significant battlefield success in weeks for Kyiv, giving a possible staging ground for additional eastward operations while piling pressure on the Kremlin.

The humiliation occurred after Russian President Vladimir Putin declared the annexation of four regions encompassing about a quarter of Ukraine on Friday, including Lyman. The declaration has been slammed as an illegitimate sham by Kyiv and the West.

The seizure of the town, where Ukrainian flags were raised over civic buildings on Saturday, according to NATO Secretary General Jens Stoltenberg, proved that Ukraine is capable of driving Russian soldiers from the area and highlighted the influence of its use of cutting-edge Western weapons.

“As of 1230 (0930 GMT), Lyman is fully cleared,” Ukrainian President Volodymyr Zelenskiy said in a short video clip on his Telegram channel. “Thank you to our troops … Glory to Ukraine!”

“Over the past week, the number of Ukrainian flags in Donbas has increased. There will be even more a week’s time,” Zelenskiy said in an earlier overnight address, using the name for the combined Donetsk and Luhansk regions.

In response to the threat of encirclement, the Russian defense ministry said on Saturday that it was removing soldiers from the Lyman area.

On Sunday, it did not include Lyman in its daily report on the fighting in Ukraine, but it did report that Russian forces had destroyed seven artillery and missile depots in the Ukrainian regions of Kharkiv, Zaporizhzhia, Mykolaiv, and Donetsk.

Lyman, which Russian forces took control of from Ukrainian forces in May, served as a supply and transportation center for Russian operations in the Donetsk region’s north. Since Ukraine’s quick counteroffensive in the northeastern Kharkiv area last month, losing it is Russia’s worst combat defeat.

Control over Lyman might be a “vital component” in assisting Ukraine in reclaiming lost territory in the neighboring Luhansk region, which Moscow declared fully captured in early July after weeks of grinding gains, according to Luhansk governor Serhiy Gaidai.

According to the British Ministry of Defense, Lyman’s operational importance stemmed from its control over a crucial road crossing over the Siverskyi Donets River, behind which Russia has been working to fortify its defenses.

The ministry said it is possible that Russia sustained significant losses during the pullout. Before the Ukrainian attack, Russia had between 5,000 and 5,500 soldiers stationed in the city, according to a Ukrainian military official on Saturday.

The new regions annexed by Putin, that is Donetsk and Luhansk regions of the Donbass, as well as Kherson and Zaporizhzhia in the south, which together make up around 18% of Ukraine’s total surface land area.

July 31, 2022
Zimbabwe is preparing to launch gold coins that will allow investors to store money inside the country, Zimbabwe's Harare - As inflation spirals out of control