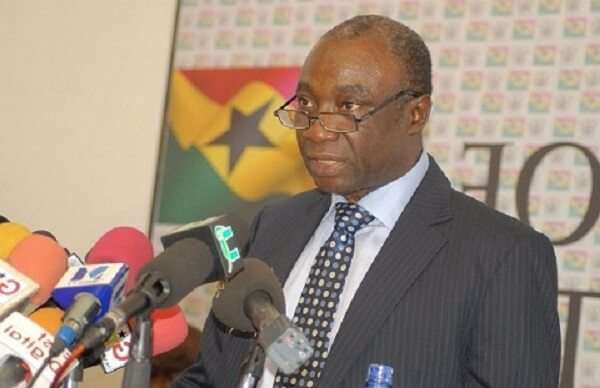 Dr. Kwabena Donkor, a legislator representing Pru East, claims that Ken Ofori-Atta cannot be trusted to conduct discussions with the International Monetary Fund (IMF) because he previously stated that Ghana will not be turning to the Fund for assistance only for the President to decide to do so.

According to Dr. Donkor, the Finance Minister should step down in order to provide the President the chance to choose someone else to handle the negotiations with the Bretton Woods institution.

This would prevent the Finance Minister from stalling the negotiations.

Dr. Donkor stated during a news conference held in Parliament on Thursday, July 7, that if he does not step down, Parliament will use its authority to request his resignation.

“It is in the light of this that I call on Honourable Ken Ofori-Atta, as a matter of national duty and in order to save the little honour left, that he does the right thing and tender in his resignation. He can still act as an advisor to the government in the negotiations but not as the Minister responsible for Finance ,” the former Power Minister said.

“We have gotten to a level in our pollical development that ministers must begin to take responsibility. A Minister who categorically stated that we will never go to the IMF cannot be dragged unwillingly to IMF to lead our negotiations if we love our country.

“Parliament has the power to ask him to go and Parliament must act. I am very passionate about this because Ken Ofori-Atta must resign to give the president a free hand to choose somebody to lead these delicate negotiations.”

On Friday, July 1, the Ghanaian government declared that it was requesting assistance from the IMF.

According to a statement from the Ministry of Information, this came after a phone call between the President and Miss Kristalina Georgieva, the IMF Managing Director, in which the President informed her of Ghana’s decision to engage with the Fund.

To start first conversations with the Ghanaian authorities about a possible IMF-supported program, the IMF staff team, under the leadership of Carlo Sdralevich, mission chief for Ghana, arrived in Ghana on Tuesday, July 5.

In response to a request from the Ghanaian government, Mr. Sdralevich said in a statement that “On the basis of a request from the Ghanaian authorities, an IMF staff team will in the coming days kick-start discussions on a possible program to support Ghana’s homegrown economic policies. We are at an early stage in the process, given that detailed discussions are yet to take place.”

“The IMF stands ready to assist Ghana to restore macroeconomic stability, safeguard debt sustainability, and promote inclusive and sustainable growth, and address the impact of the war in Ukraine and the lingering pandemic.”

The Fund stated, “We are looking forward to our engagement with the authorities in Accra.

July 31, 2022
Ghana Revenue Authority (GRA) has issued guidelines for reversal of wrong deductions with respect to the implementation of the E-Levy policy which