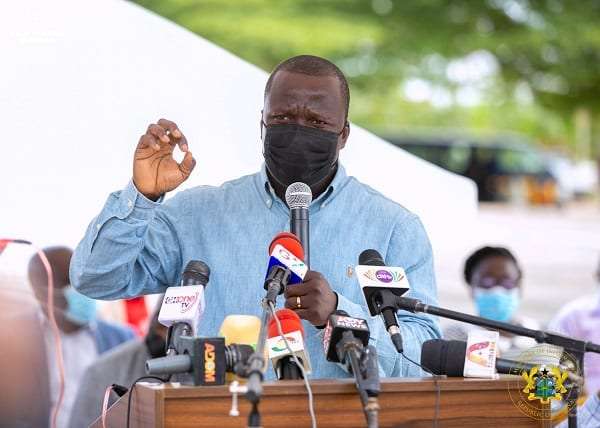 Samuel Abu Jinapor, Minister of Lands and Natural Resources, has voiced discontent with $4m cash payment to the Apiate Support Fund from the Ghana Chamber of Mines.

When the Chamber, led by its President, Mr. Eric Asubonteng, presented $4m to the Apiate fund on Wednesday, February 23, 2022, Mr. Jinapor expressed his dissatisfaction.

Mr. Jinapor expressed his delight that the Chamber had listed the corporations that had donated, and he hoped that additional companies would follow suit.

FGR has also committed to assist the government in temporarily sheltering the displaced inhabitants at a new resettlement site it is providing for Dominase locals who are already residing within the concession.

The Minister stated that the Chamber has more than 70 members and expressed his confidence that other members will donate to the fund.

Mr Jinapor voiced his disgust and discontent with the amount provided by the Chamber, notably the four big contributors.

He stated that he has visited the people of Apiate numerous times after the unfortunate tragedy and is aware of their overall feelings.

Mr. Eric Asubonteng, President of the Ghana Chamber of Mines, stated the Chamber was very worried about the situation and had pooled its resources, resulting in the US$4 million they were offering.

The Apiate Support Fund was created to help victims of the Apiate explosion and to rebuild the Apiate community, among other things.

Also Read: Apiate Will Be Built On Equity And Fairness