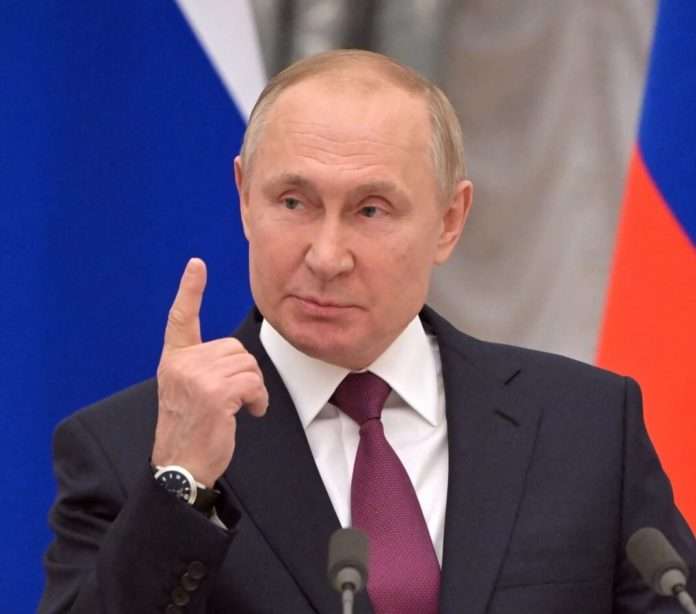 In the midst of the Kremlin’s confrontation with the West over Ukraine, Russian President Vladimir Putin will meet the African Union’s head of state for discussions on grain supply and political collaboration.

As a result of the extraordinary sanctions imposed by Washington and Brussels in response to Russia’s invasion of Ukraine, Putin has been pushed to explore new markets and build connections with African and Asian countries.

Cereal prices in Africa, the world’s poorest continent, have risen due to a drop in Ukrainian exports, exacerbating the impact of conflict and climate change and raising concerns about societal unrest.

Putin will host Senegalese President Macky Sall, the African Union’s chairperson, at his Black Sea house in Sochi on Friday.

According to Sall’s office, the visit is intended at “freeing up stocks of cereals and fertilisers, the blockage of which particularly affects African countries,” as well as alleviating the Ukraine crisis.

Macky Sall will be joined by the African Union Commission President.

The meetings, according to the Kremlin, would cover “issues of Russia’s interaction with the African Union, including the expansion of political dialogue, economic and humanitarian cooperation.”

“The current international agenda” will also be discussed, according to the statement.

Moscow’s military operation in Ukraine, as well as a barrage of international sanctions against Russia, have interrupted shipments of fertilizer, wheat, and other commodities from both countries, driving up food and fuel costs, particularly in developing countries.

Sall previously asked European Union officials to assist relieve the commodity crisis, claiming that their move to exclude Russian banks from the SWIFT financial communications system would jeopardize food supply to the continent.

On the other hand, he admitted that Russia’s blockade of the Ukrainian city of Odesa had hampered food shipments and endorsed UN-led attempts to open the port.

Africa CDC: Urge To Hoard Monkeypox Vaccines Must Be Avoided

July 31, 2022
The interim director of Africa's leading public health body hopes that affluent nations would not hoard vaccines during the current monkeypox outbreak
We use cookies to ensure that we give you the best experience on our website. If you continue to use this site we will assume that you are happy with it.Ok