The army has reported that in two separate attacks in central Mali, 14 Malian soldiers were killed and 11 were injured when their trucks struck an explosive devices.

The attacks happened on Tuesday in areas of central Mali where individuals with ties to al-Qaeda and ISIL (ISIS) frequently target civilians, Malian army, UN peacekeepers, and other foreign forces.

The army said in a statement on Wednesday that 31 rebels were killed as a result of the reinforcements sent in response to the most recent attacks.

No organization has officially claimed credit for the strikes.

Since 2012, when armed organizations seized control of an uprising by Tuareg separatists in the north, Mali has been plagued by conflict. Despite an expensive international military response, the war has subsequently extended to nearby countries in the Sahel area of West Africa.

As ties between the two countries deteriorated as a result of two coups and the perceived inefficiency of the foreign military in quelling rebel activity in 2022, French forces completed their pullout from Mali.

In addition, with the alleged entry of Wagner Group agents from Russia to support government forces, tensions between the UN mission and Mali’s military rulers have risen.

As part of the MINUSMA operation in the north, Germany has been in Mali since 2013, and it has said that it will remove its troops in May 2024. Germany has up to 1,400 soldiers stationed there. 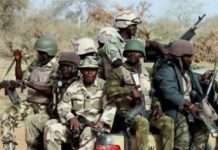